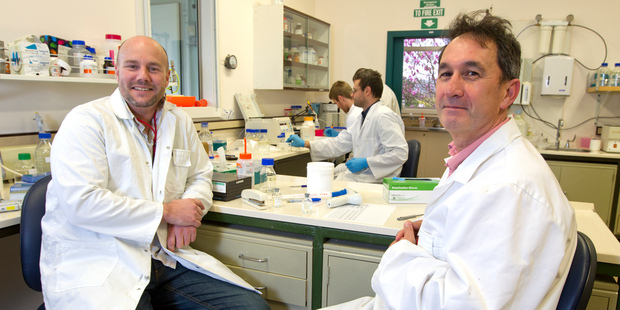 How do you make a successful export product? Give the people what they need.

The American market has 20 million diabetes sufferers and Wellington-based regenerative medicine company Mesynthes (pronounced Messinthis) makes a wound care product that is ideal for chronic conditions such as ulcers, a nasty diabetes side-effect.

Its first product, Endoform Dermal Template (EDT), gained clearance from the United States Food and Drug Administration in January 2010 and is now being distributed through a US partner.

Mesynthes is also developing implantable regenerative tissue substitutes suitable for a wide range of soft-tissue reinforcement and repair applications such as hernia repair and breast reconstruction.

“We are taking a product that comes out of the meat industry – tissue derived from the sheep forestomach – taking a particular layer of that tissue and treating it so that it encourages tissue regeneration and the human body does not react to it.

“We use that to fabricate a range of products,” says founder and chief executive Brian Ward.

Mesynthes’ US sales go through Hollister, a US multi-wound care company with which it has a nationwide distribution and marketing deal.

Ward says he has worked hard at building support from top academics and surgeons in the field and the New Zealand product has some unique qualities in terms of usability and strength.

“Initially we did some clinical work with US doctors. Then, on the back of our relationship with Hollister, we have worked with key opinion leaders – leading physicians and academics,” he says.

Spending time and money on finding partners has been important.

“What we have done is focus on proving the technology, ensuring we have the data to prove the claims.”

Ward, a former veterinarian and head of NZBio, started Mesynthes in February 2008. It now has 20 staff, mainly developmental scientists, and will be expanding the sales and marketing side of the business.

Mesynthes’ shareholders include management and investors such as Movac, Sparkbox, K1W1 and NZ Venture Investment Fund.

The company is currently raising $5 million to fund growth.

Business growth has been 50 to 100 per cent a year and Ward expects revenue to double over the next two to three years. Meanwhile, a float is being considered among other options. “At the moment we are in the process of working through that.”

Ward and his team are also finalising plans for new premises up to five times bigger than those they occupy at present. A US office and float are also possible, Ward says.

One of Mesynthes’ directors is Mark Ahn, head of Nasdaq-listed Galena Biopharma.

With the prospect of being a $50 million company in a few years, Ward says his board is providing him with valuable advice.

Winning approval from the FDA and launching our first product in the United States.